There are no new ideas. There are only new ways of making them felt. - Audre Lorde

I've spent a significant portion of my life thinking that someday, I'd have some great idea that would bring me some combination of fame, fortune, or fulfillment. That there was some truly great as-yet-un-thought thing that could stand on its own for being brilliant. This idea would be so revolutionary and unique that it would rule whatever market or arena it fell into without much effort at all. 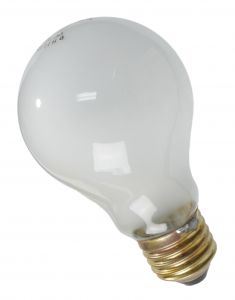 In the real world, this just doesn't happen. For starters, history is littered with examples of great inventors and business people who are probably mistakenly given all the credit for a particular idea. Alexander Bell. The Wright Brothers. Henry Ford. Thomas Edison.

Edison held over 1000 patents in the US alone and is commonly believed to have invented everything from the light bulb to the stock ticker. In reality most of those patents are for improvements to prior art, and a little digging reveals an interesting drama between Edison, Westinghouse, Tesla, and lesser-known contemporaries where it becomes almost impossible to say who came up with what, or when. Often it seems, what matters is not the idea, but how it was marketed (in a very general sense of the word). There was this thing called electricity and it was big and it really belonged to no one.

Fast forward to today's electrical frontier. Microsoft didn't invent windowed application frames any more than Google invented the search engine, Oracle invented the database, or Quora invented people asking and answering questions on the internet. There was this thing called the information age and it was big and it really belonged to no one.

Joel Spolsky says this best in Converting Capital Into Software That Works:

The common belief is that when you're building a software company, the goal is to find a neat idea that solves some problem which hasn't been solved before, implement it, and make a fortune. We'll call this the build-a-better-mousetrap belief.

First of all, many of the most successful software companies (Microsoft and Oracle, for example) don't really "innovate" in the sense that they are not really solving problems that haven't been solved before. In any market, it is exceedingly rare that you get to keep your invention to yourself. Everybody has competition.

People get wrapped up in protecting and patenting their ideas to the point of paranoia. I've witnessed companies that were so bad they were afraid to effectively market their product because the competition would know about it. Neither did their customers of course, but that didn't seem to matter because their focus was on the idea, not "how it was felt".

Stop worrying. If you build it, they will come. If it's good, they will come a lot and pass by your competition to get there. Stop treating your ideas like some sort of cloaked-page keyword-stuffed SEO tactic, where you're going to somehow game the system and beat everyone to number one on Google. People thought of that, just like people probably already thought of your idea, and it didn't work. Making something that people feel differently or better about is more important than protecting ideas that you haven't even implemented well -- just like the most successful strategy for SEO is having good content that people value and not worrying about anything else.

In How to Start a Startup, Paul Graham writes:

Ideas for startups are worth something, certainly, but the trouble is, they're not transferable. They're not something you could hand to someone else to execute. Their value is mainly as starting points: as questions for the people who had them to continue thinking about.

What matters is not ideas, but the people who have them. Good people can fix bad ideas, but good ideas can't save bad people.

Nick Cash also quoted this in a similar post in response to Eugene Wallingford's post: I just need a programmer. Nick goes on to say: "This brings up the most fundamental point in business, and probably life itself: its all about the people." 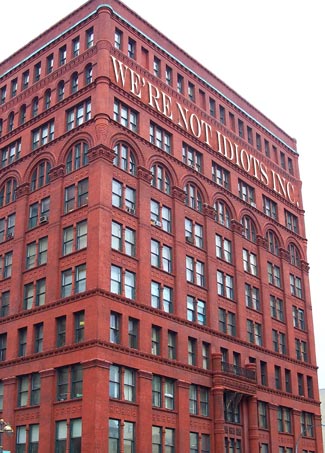 I've worked for some awesome companies that made good people great, and I've worked for some absolute disasters where managers thought motivation was best supplied by posting a job ad for your position on the internet. I always joke that someday I'm going to start a company named "We're Not Idiots". Aside from the advertising copy basically writing itself, it doesn't seem a bad premise for a business. It does have a ring of Google's "Don't Be Evil" about it. I'm continually amazed at how many companies (with otherwise workable ideas) just don't get it. Can't anybody play this game?

What you make or do is secondary. The ideas you have are secondary. And your ego comes dead last.

komlenic.com is the weblog/playground of Chris Komlenic, a full stack developer and generalist living in central Pennsylvania.